The average daily air temperature on Cozumel is 80 degrees. In July and August, the highs range from the mid 80’s to the low 90’s. In December and January, the daytime temperatures average in the 70’s.

There are two rainy seasons on the island, one from October to January when rains often precede windy cold fronts called “nortes,” and from April through July, with June and July being the wettest months. Summer rains tend to be sudden, short events, while more sustained rains can occur in winter.

During the winter months (September-December) Cozumel experiences cold fronts that may create windy, cloudy and cooler weather. During the rainy season afternoon thunderstorms are common, usually lasting for an hour. Water temperatures range from 76 degrees-83 degrees throughout the year.

Peak season is December to April – with Christmas, Carnaval and Easter being the peak times

Summer Season is May – July, where temperatures are slightly higher than Peak season, hurricane season has yet to start and it’s sea turtle nesting/hatching season – a great time for nature lovers

August – November – Hurricane season which can mean great travel deals, as well as Triathlon season.  In September & November is can be rainy for part of the day, which doesn’t interfere with most vacation plans but it does increase the humidity. 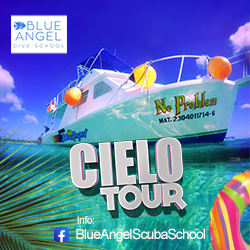