Cozumel’s history is incredibly rich and varied.  The earliest dated occupation sites on the island date back to 300 BC, when early Yucatec Maya began settling the island.  Later, the Putún (aka Chontal) Maya began using the island as a port in their extensive sea trading route.  A ruling dynasty of these Chontal-speaking Maya eventually dominated the island, building the temples and oratorios that you can still see today at San Gervasio and other sites on Cozumel. Over time, as these settled into the mainland, they became known as the Itzá.

When the island was discovered by Juan de Grijalva in 1518, the Spaniards were received warmly by the Maya inhabitants, unlike the bloody reception the Spaniards got at other mainland sites. When Hernán Cortés came to the island a year later in 1519 on his way to conquer Teotihuacán, he and his men also were treated as friends, even after the conquistadores destroyed many of the islander’s idols and warned them to abandon their old gods.  A later 1519 expedition led by Pánfilo Nárvaez brought smallpox to Cozumel, a disease which reduced the island’s population from an estimated 10,000 in 1519 to only 361 adults in 1552.

Sixteenth-century Spanish chroniclers who had never been to Cozumel, but who interviewed Cortés years later, described the island as a pilgrimage center, but what Cortés and his men likely saw were actually the Maya canoes coming and going on the active sea-trade route the Maya maintained at the time, rather than a religious pilgrimage.  This sea-trade route was disrupted and then put to an end by the predation of the conquistadores and the loss of population caused by disease introduced to the Maya from the Old World.

Although Cozumel was never a pirates’ stronghold as is often told, it was attacked by buccaneers a couple of times in the late 1500s.  One of these raids was counterattacked by Spanish soldiers and all the raiders that were not killed outright were taken to Merida and Mexico City and executed.  No other pirates of note ever visited the island, even though the myths say Jean Lafitte, Henry Morgan, and Long John Silver (a fictitious character in the book Treasure Island) all used Cozumel as their headquarters.  In the 1600s, British logwood cutters began settling Cozumel and shipping logwood (dyewood) back to Europe.  Their settlements were not sanctioned by the Spanish government, who considered them to be “piratas,” the Spanish word for contrabandist, because they paid no tax on their imports or exports to and from Cozumel.  This is probably where the pirate myth started.

By the late 1700s, the island’s population again dwindled to just a few hardy souls.  However, in 1848, the War of the Castes broke out on the mainland, causing hundreds of refugees to flee the violence take up residence on Cozumel.  Many of today’s Cozumel families are descendants of these refugees and the Maya servants and laborers who accompanied them.  Although the myth says the island was repopulated by only fourteen or so founding families, the truth is that within the first couple of weeks of the arrival of the first refugees, there were over 400 men, women, and children making their new home on Cozumel. 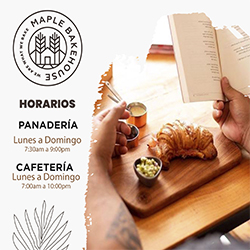 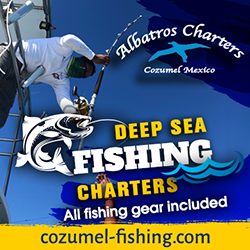